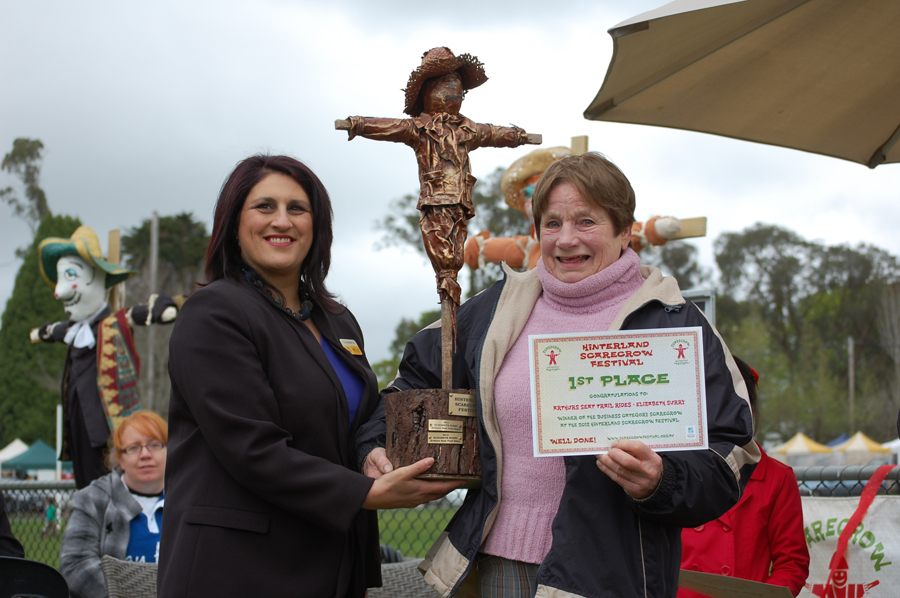 Elizabeth has won the festival for two years in a row with her amazing sculptures. Entitled ''Hey Diddle Diddle'' this exhibit has all the characters represented including a cat playing the fiddle, a little dog and a dish running away with a spoon. If you look closely you'll also see a bunch of scared crows in the bushes beside the display waving a white flag. It's very clever, creative and fun. Elizabeth also exhibited another scarecrow in the festival that she has named Long and Low. She has been making sculpture for 8 years as part of the Scarecrow Festival but her first love is horses: she is the owner and operator of Arthurs Seat Trail Rides and Equestrian Centre - Written by Nelly Shaw - Tourism Marketing